Deniliquin’s railway history has been disappearing over the last couple of weeks as the remains of the platforms and turntable have been demolished to make room for an eventual retirement village.

The loss of the railway was considered a major blow when daily travel stopped in the late 1970’s and the occasional passenger train arriving after then was considered interesting as seen in this 1989 video.

In what could be considered ironic, a booklet became available online around the time the platform and tracks were being pulled up.

This booklet was was made for a Melbourne to Deniliquin rail journey on Saturday September 30 1961 arranged by the Victorian division of the Australian Railway Historical Society.

It was called ‘Deniliquin by Daylight’ and left what was called Spencer Street Station (now known as Southern Cross) at 6:50am and arrived in town at 3:45pm despite a listed time of 2:10pm, we know of the time difference thanks to notations penciled in the booklet.

They left Deniliquin at 4:37pm and got back to Melbourne at 11:28pm making it a very long day.

While the booklet is short, it has interesting details such as how many trains the railway operated, the brick Deniliquin station was built in 1985, the fact the rail line between Echuca and Deniliquin has only five curves in the 45 mile journey and the NSW Government brought the line in 1923, gave it to Victorian Railways but the cost was paid for by the Victorians.

Below is all four pages at the best possible resolution so everyone can read it, can anyone spot the error on the front page? 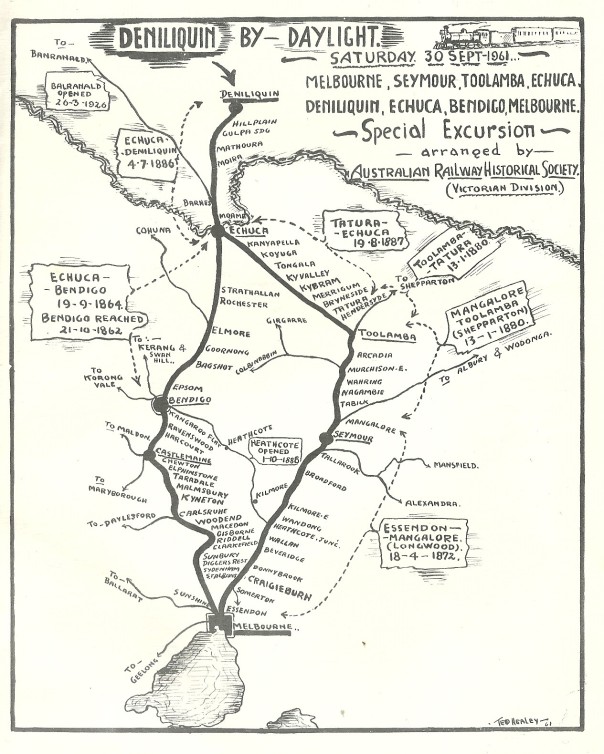 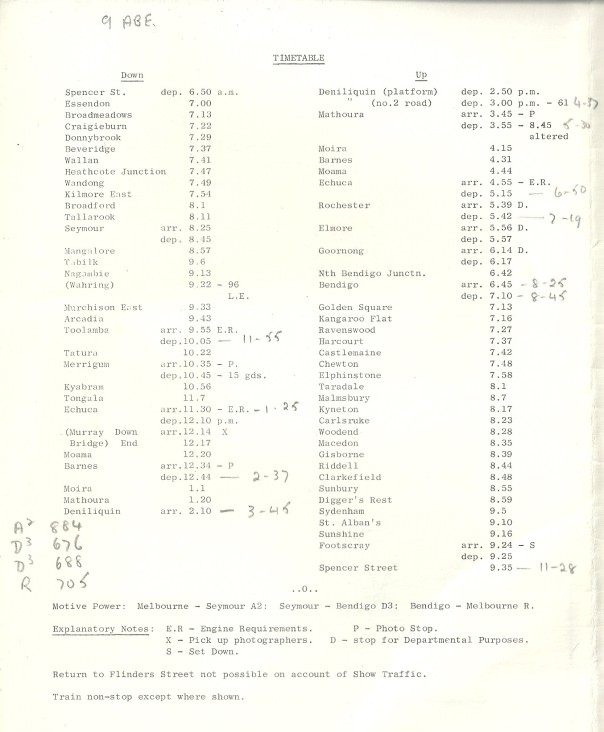 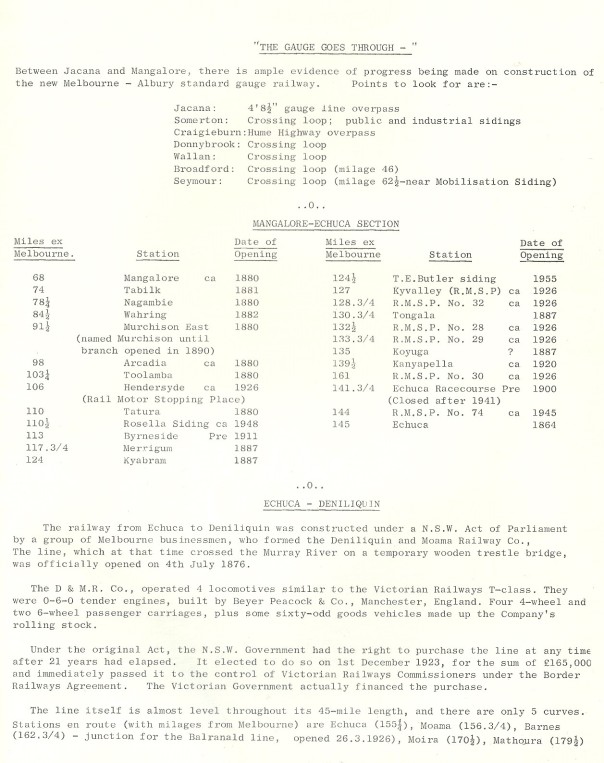