Below is some information gleaned from various sources on what to expect with traffic, road closures and speed limits as well as shop specials and entertainment.

It is a very good idea to read the Ticket Terms & Conditions so you’re not bringing in or doing anything that is prohibited.

‘No Stopping’ signs have been erected on both sides of the road from 1.2km south of the Ute Muster Main Entrance all the way to 500m north of the Main Entrance and this started from 4pm Monday and will go on until 12 Noon on Monday October 2.

There will be “No Stopping” allowed on the shoulders of the roadway whilst the signs are in place. There are also “No Camping” signs in place.

Traffic updates can be found if there is any congestion or accidents on Live Traffic NSW.

The north bound lane of a section of Napier Street between George and Charlotte Street will be closed.

There will also be “No Right Turn” at Charlotte Street onto Napier Street. These restrictions will apply from 12pm tomorrow and will last until 10pm 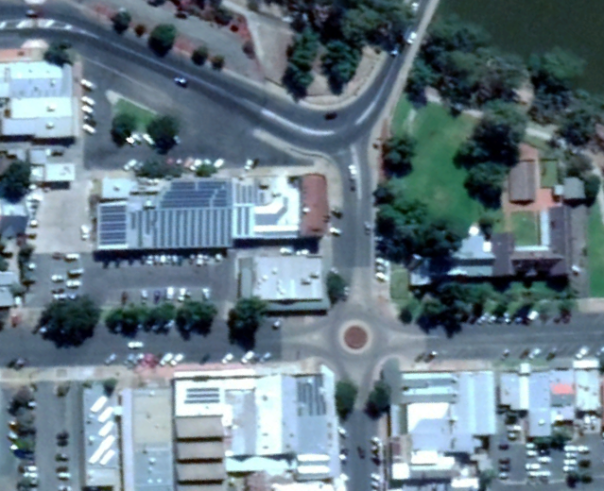 Smart Street from Hay Road to the Conargo Road (MR552) will be closed from 8am on Thursday until 10pm that night (Utes and local traffic only).

All traffic that is travelling from Conargo on the Conargo Road (MR552) will have to detour down Wandook Road, This detour will be in effect from 8am on Thursday and continue until 11pm that night.

There will be traffic controllers around to make sure that traffic flows as smoothly as possible but be aware there will be delays.

There will be 120 Police Officers around they will be searching vehicles before they enter the grounds to make sure no prohibited items are going in, this also applies to vehicles being driven back after leaving the site for any reason.

There will be extra Highway Patrol vehicles around town and there will be Drug and Alcohol tests as well.

Patrons are also reminded it is a licensed venue so if you have too much to drink and you’re caught, you’re out.

Scoop n Brew is having ‘Ute-Beaut Specials’, this might come in handy if Deniliquin Plaza and its Car Park is going crazy with traffic and you’re waiting to leave or you’re suddenly hungry and so you try their array of food and drink to pass the time.

Sausages in Bread are available for purchase outside Coles on Thursday from 11:30am, Coleslaw and Onions for 50c extra and drinks are $2, this event is for the Recharge Support Fund.

Need a bus to get to the Ute Muster? No problem because you can click here for the bus timetable, buses start leaving Wired Entertainment from 9:43am on Friday.

Muster goers can be picked up at one of the following locations, please note the round trip takes around an hour.

Down at the Edward River Hotel, Trainwreck Trio will performing on Thursday night and Happy Hour +1 will be in effect start from 5pm and ending at 7pm.