For some time now, the Edward River has been looking a little Green and until today (26/2/16) it was not considered to be officially a problem.

Deniliquin residents however knew that the green in the water wasn’t an attempt by Deniliquin Council to start St Patrick’s Day several weeks early and when activities on the river was cancelled by Thursday things started getting serious.

Despite the cancellations and the green look of the river, an alert wasn’t issued until today which confused many residents for cancellations + radio alerts = problem.

Visit Deni had to change their information today after being told yesterday by Council that there was no warnings in place and all plans would be unaffected, yesterday’s post was removed and replaced with the alert.

Even if it wasn’t Blue-Green Algae, Algae of any form is not very pleasant and warnings of Algae being in the Edward River should of been issued to give the people a chance to assess their options for midweek or weekend fun on the water.

The last thing anyone needs is to not hear any warnings, get into some green water (similar to what is in the image below) and then find themselves in a lot of medical trouble. 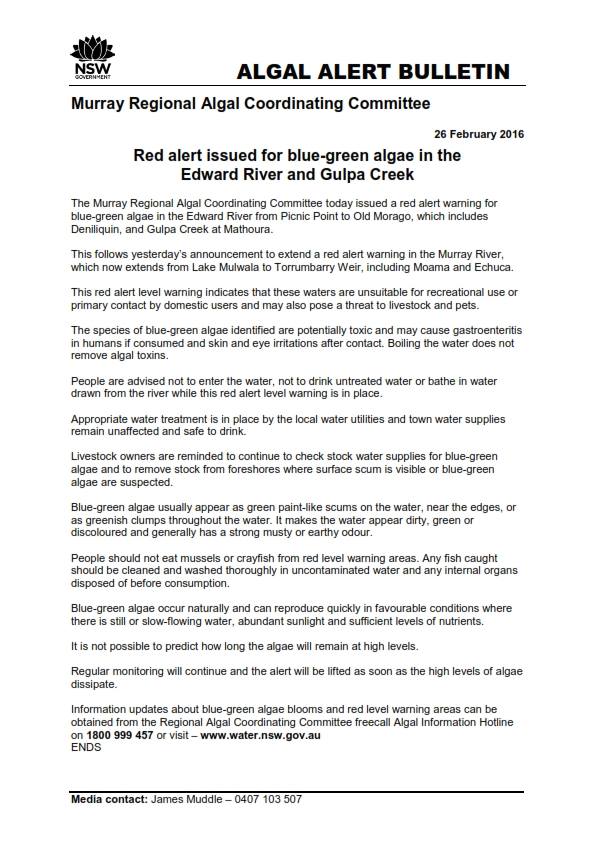