The King of Local History is dead, Long live the King.

Mr. Rhook, the founder of Deniliquin History in Photos passed away recently and it is sad as he had done so much in boosting the knowledge of the history of the town.

Deniliquin History in Photos is a great Facebook page, it is true that we have the Historical Society but DHiP was different, it covered different subjects and was updated frequently.

When we created Deniliquin Quiz II and he tested it for us, it was such a thrill that he didn’t get every question right because it meant that we done great and it was thanks to his work that allowed us to find bits to put down as questions.

We would swap information on topics from movies shown at the Regent to Hotel History, his information helped us write the 10,000 word piece much easier and more detailed.

He was saddened by the demolition of iconic Deniliquin buildings, the loss of the railway,  the loss of the Peacocks, the deterioration of the Federal Hotel until recent fixes.

He was fired up about the ERC Customer Service Centre and thought it was a waste of money and Deniliquin had plenty of buildings the ERC could of used instead (like the Conargo Shire Chambers).

He covered the local flooding a couple of years ago more detailed than anyone else, you knew what was happening all the time.

He was a big supporter of the Moonacullah vs. Cummeragunga football game in 2017 and helped us learn about the two sides that played and won premierships in the 1930’s as well as learn about the places themselves.

Sadly there was two tasks that we didn’t get to complete, one was trying to figure out how connected the shop cellars are in Cressy and End Street, did certain locals hop from cellar to cellar in order to get a drink during prohibited hours?

The second was the mystery of the Exchange Hotel as in the cellar something caught his eye and tried to figure out.

Was this a possible exit that led to places like the Community Centre (then RSL Club) and the Royal Hotel?

The story of the two hotels being connected despite being across the road from each other has been around a long time. 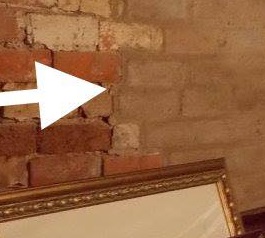 We may never know if anything was actually behind that wall but it was fun working with him on the tunnel/cellar story.

Just this week we brought a set of postcards and were looking forward to the comment ‘unreal’ whenever something interesting was seen or figured out.

Nobody will do better than Mr. Rhook, the Historical Society can try, others can try but nobody will have the same level of interest or dedication to local history as he did.

1 thought on “Long live the King”