Junee, NSW residents are calling on residents of towns similar to theirs to support their petition calling on ANZ to keep the Junee branch open.

Junee’s ANZ branch is the most profitable branch in the region but it is getting the axe because of it’s closeness to Wagga which is unbelievable when the ‘closeness’ is 30km.

Deniliquin has recently had some experience in traveling far for service as the closure last week of HCF forces residents to go several hundred kilometres for assistance instead of just going down to the branch on Cressy Street and getting it there.

The closure of the ANZ branch would be the second bank blow to Junee as Westpac closed their branch in town a year ago, losing both Westpac and ANZ would be a massive blow for the town of Junee.

Many readers of DNS have expressed their disappointment of Businesses, Corporations and Government Services pulling out of Deniliquin in recent times and there is no doubt that readers believe that all country areas deserve the same services the densely populated areas do.

We’ve been lucky that Deniliquin has avoided what is happening to Junee in terms of bank branch closures but there’s no guarantee we’d outrun such bad news forever and if it does happen to us we would love having other towns residents in our corner.

To support Junee in their quest to keep their branch open, sign the petition by clicking this link. 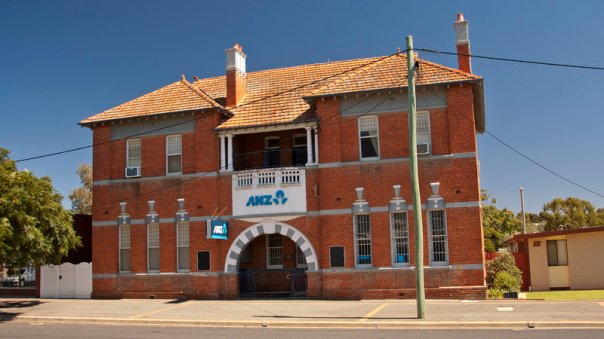